... and a Picture Frame Pincushion 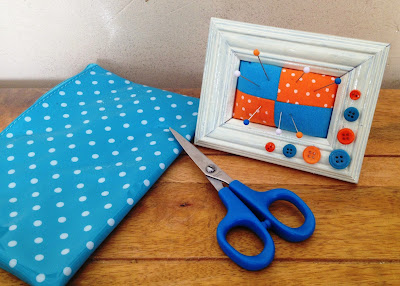 You can never have too many pincushions right? As my crafting has definitely spread out all over my house (and not nicely contained within my craft room as I pretended would be the case), I felt the most sensible thing to do would be to make another pincushion. Having seen loads of these all over Pinterest, I was dying to make one that could stay on my desk in my craft room...
Here is my current pincushion... He's quite chirpy and keeps me motivated. He's also the right colour so he will be the one that accompanies me round the house and on trips! 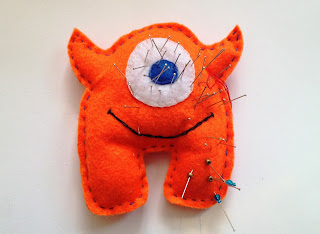 But anyway...! To make the picture frame one, I bought one frame from eBay for 99p. The hole part is 2X3 inches so very mini but that's what I was going for. It was also very ugly as you can see! 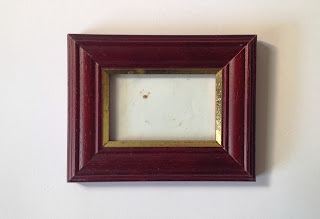 For the actual pin cushion part, I wanted fabric that coordinated with my craft room. I couldn't decide between orange and turquoise so decided to make a mini patchwork block that incorporated both colours from my scraps. 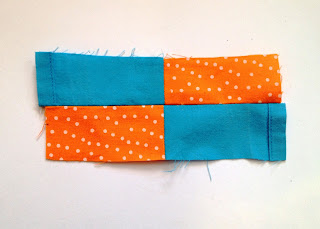 After removing the glass, I stuffed some wadding into the back of the fabric and ensured that the pieces fit together. By putting the back cover back on, I was able to secure the whole thing without the need for stitching or glue! 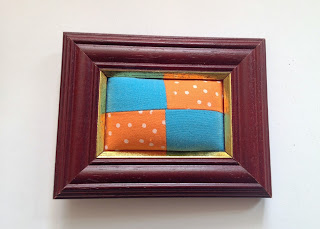 Finally, I took the whole thing apart again and painted the frame. I used Humbrol enamel gloss paints as I had some left over from making my Pretty Pins... and as I had some buttons left over too, of course I had to add some for decoration! 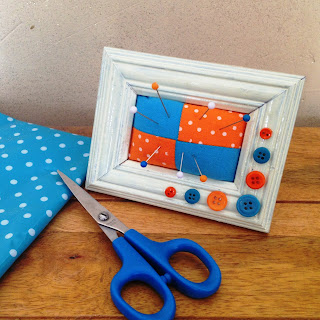 1st August 2013: Update - this post was featured here at Crafts a la Mode