... and a Fabric Scrap Bowl

The only problem with saving all your fabric scraps is then finding different ways to use them up!! I've had an idea in my mind for a while on using different scraps to make a bowl.... so it was about time I gave it a go! 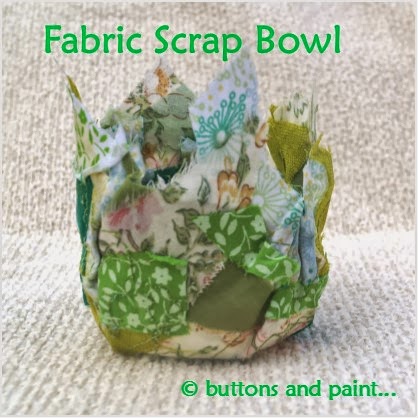 Materials
I started by sorting through my (ever increasing!) bag of fabric scraps and chose various shades of green. 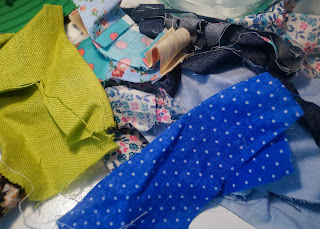 ﻿
I then arranged them roughly into a square pattern of approx 10x10 cm. I tried to make sure that the different fabrics were spread out, but not in a pattern as I didn't want a 'symmetrical' look. 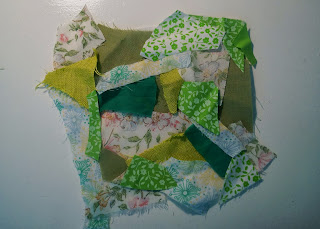 To fuse all the scraps together, I used iron on fusible web - making sure that it was sandwiched between baking paper. 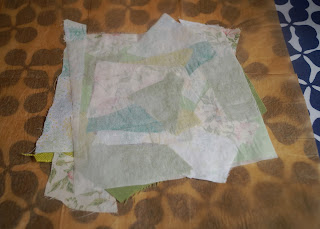 I then repeated the process by laying out fabric scraps on the reverse of this 'new' piece of fabric so that the wrong sides of the fabric were together, then ironed again to fuse. 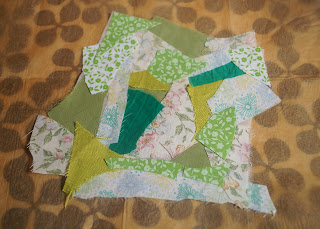 Although all the pieces were stuck together with the fusible web, I wanted it to look like they had been stitched... so used free motion machine embroidery as decoration. 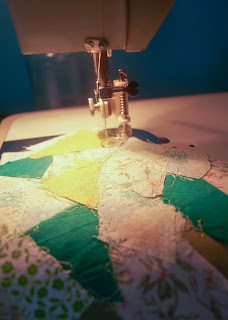 Now that I had my new piece of double sided fabric, it was time to make it into a bowl! For this I used fabric stiffener and painted it on both sides of the fabric. This was then moulded into shape over a jam jar and left to dry overnight. 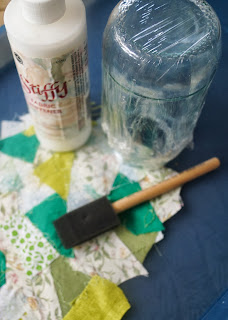 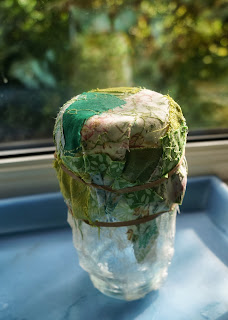 Once it was fully dry, it easily came away from the jar and cling film (phew!). I had initially intended on trimming the top edge.... but actually quite liked the scrappy look, so kept it as it was! 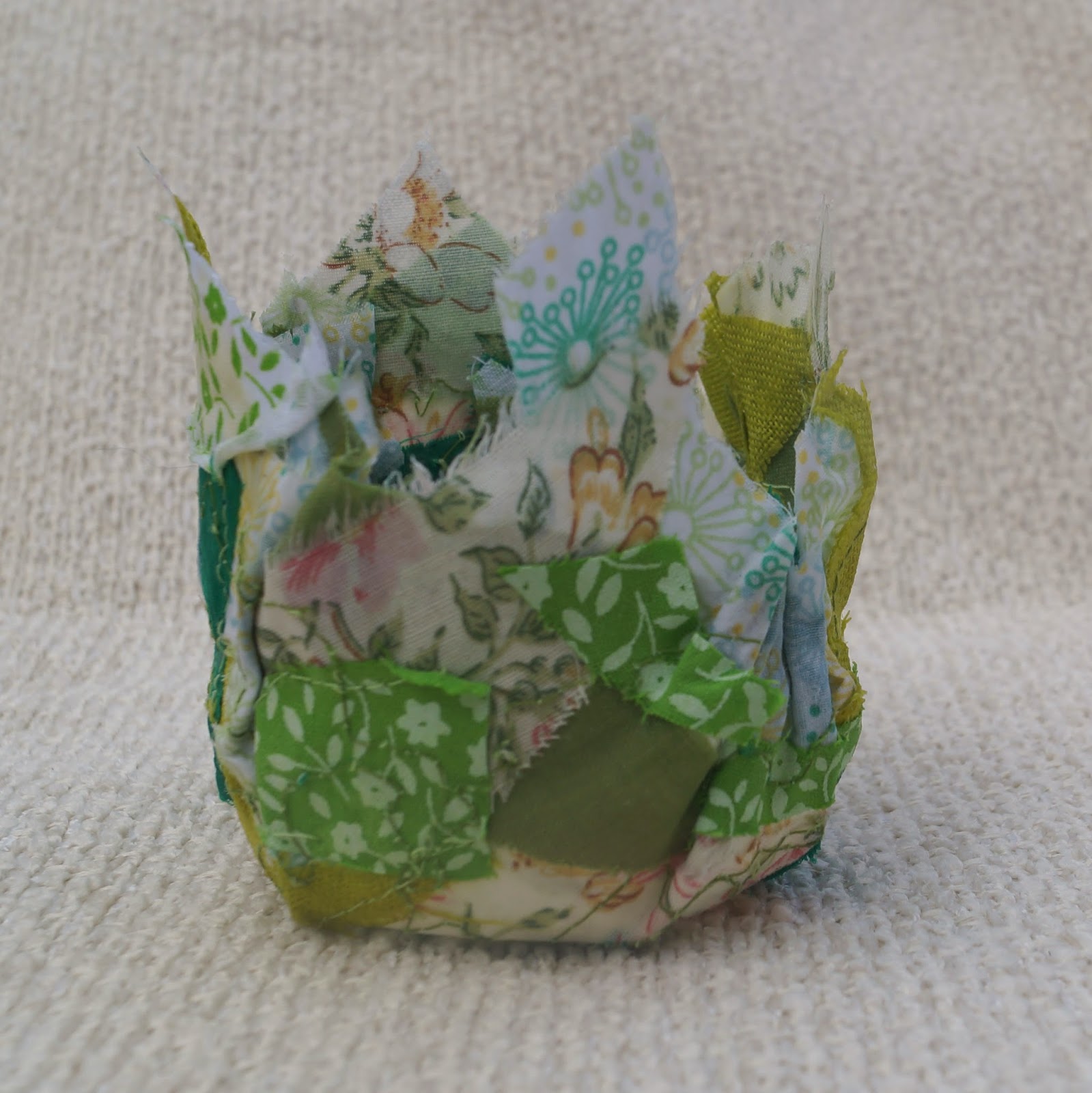 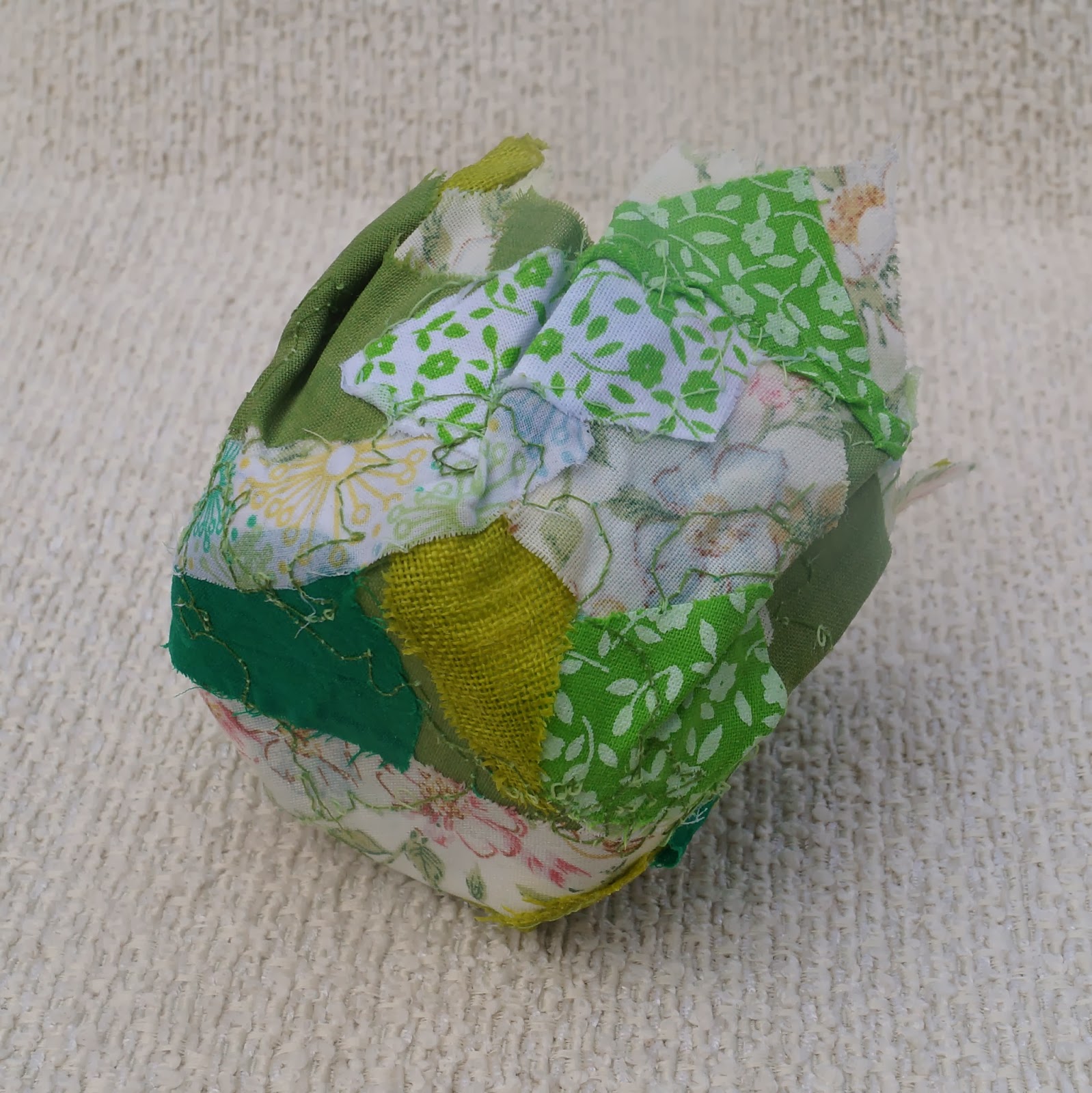 The great thing about this project is that it uses up those fabric scraps and doesn't matter if they're not all the same shape or size! I'm now going to sort the rest of my scraps and make more in different shades! 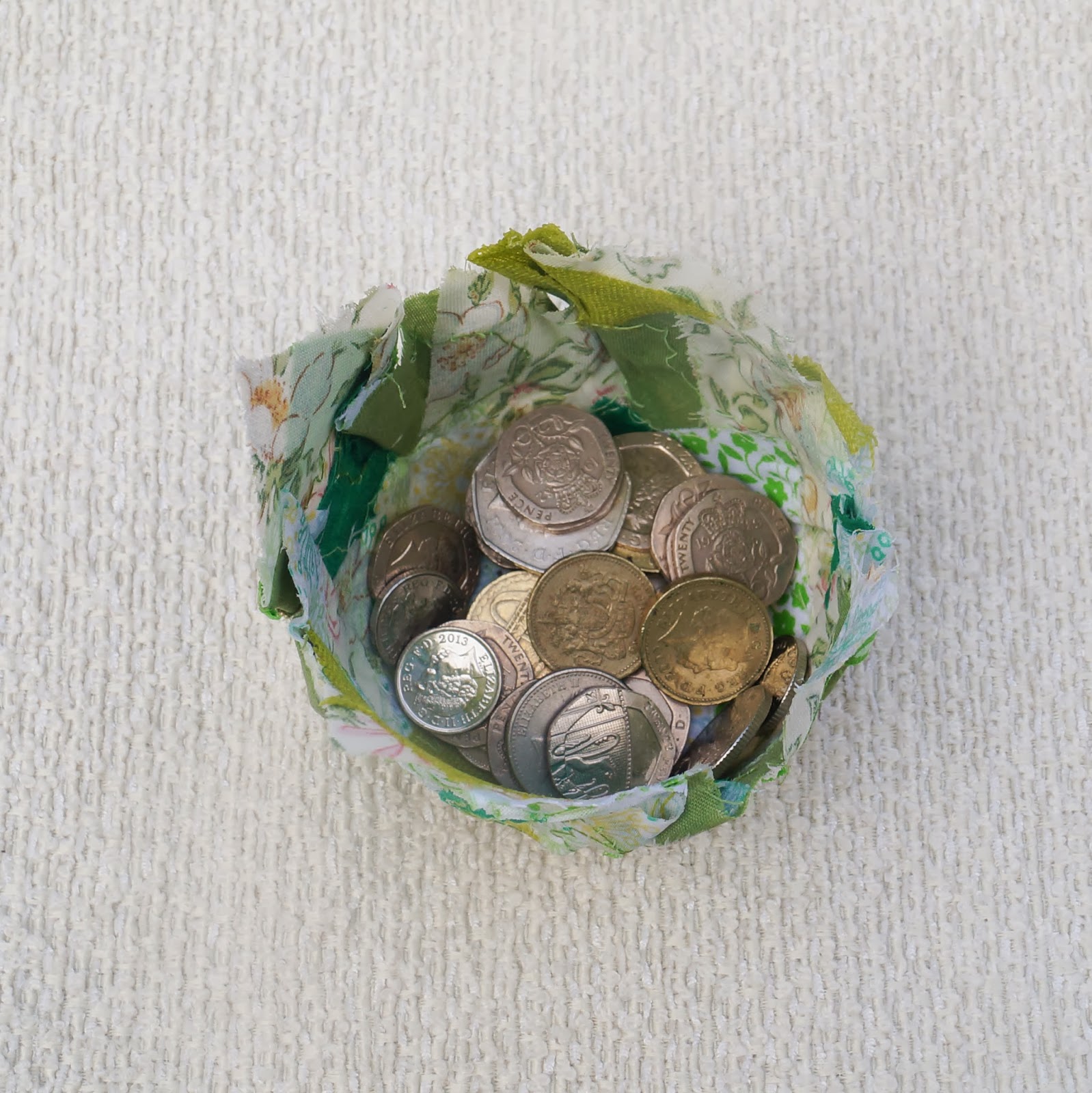 I'm using this bowl as a loose coin pot at the moment.... what would you use it for?!


1st November 2013: Update - this post was featured here at Creating My Way to Success
Posted by Craftysiany at 19:02